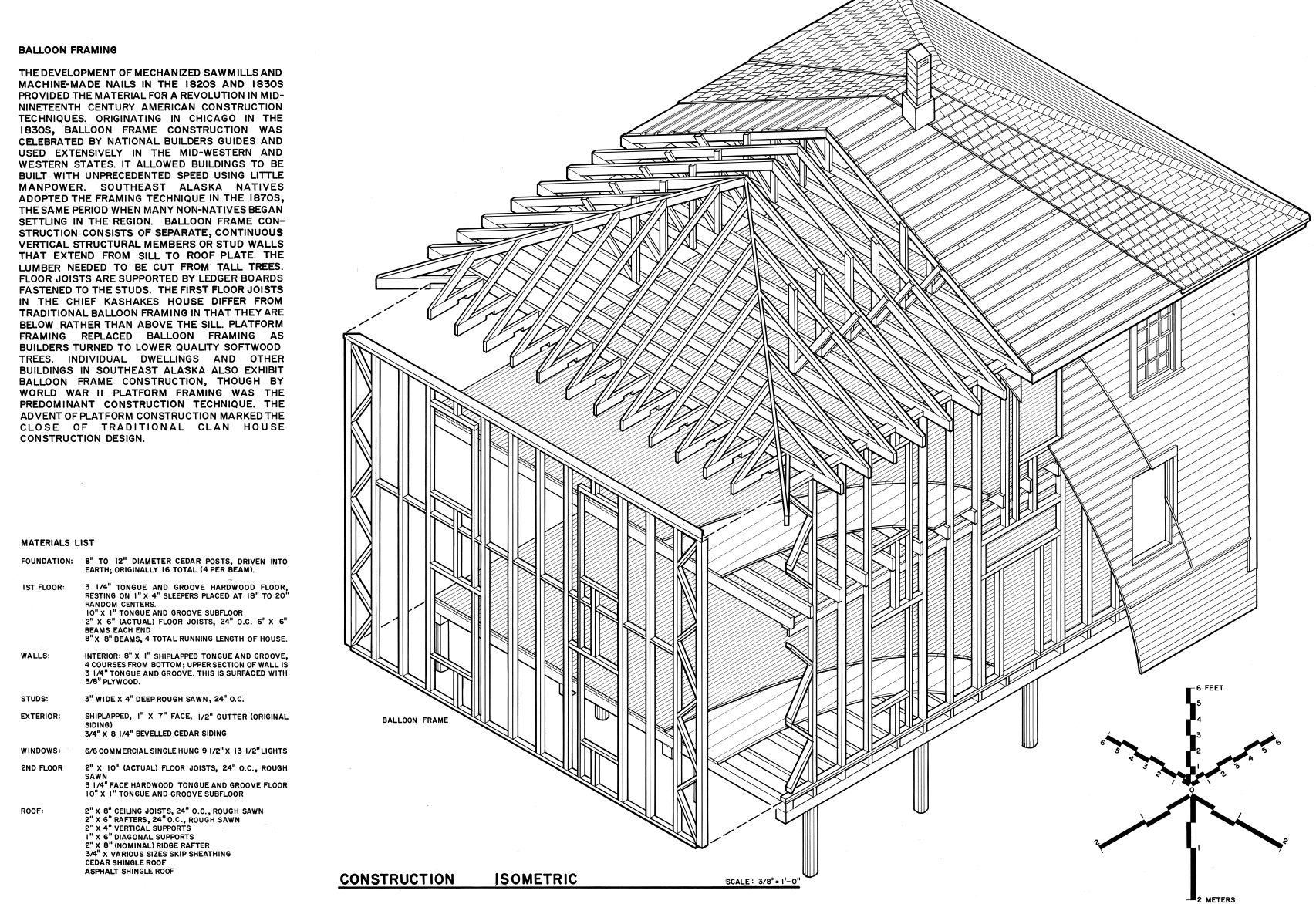 According to the Encyclopedia Britannica, Balloon Framing is a “framework of a wooden building in which the elements consist of small members nailed together. In balloon framing, the studs (vertical members) extend the full height of the building (usually two stories) from foundation plate to rafter plate, as contrasted with platform framing, in which each floor is framed separately.” I do not believe that this could have been explained any better nor simpler. This framing method was very commonly used in the United States including in San Diego and throughout the state of California in the late 1800s and early 1900s. Due to the fire hazard implications, it has become a less common practice, however, if required for retrofits there are ways that a builder or owner can improve the structure to bring it up to current standards.

During the time that these houses were being built, they were seen as a revolutionary way of building homes in a short amount of time. However, as most of them were built without any insulation or fire-retardant materials, it created a long continuous path for any fire to expand. Houses burning down started to be a common scene, and they would do it so fast that by the time that the fire department got to the area there was nothing to save. By the 1930’s, platform framing came along and became a solution to this problem, as well as a cheaper alternative to long-stud construction being that tall trees were scarcer to come across due to all the deforestation.

How can I know if I have a balloon framing structure?

So how can one tell if the property is platform or balloon framing construction? Unless the walls are fully exposed for inspection, it is very hard to tell for certainty the type of framing that is was used. However, one can try to find some hints that could give him more information about the structure. If the 2nd story subfloor framing can be exposed, the point of support can be inspected to see if it’s constructed in a balloon or platform framing framework. If there is a ledger supporting the second story subfloor then most probably the construction is balloon framing. A test that can be done without any intrusion to the walls is to go into the attic – if there is one on the structure – and drop a small item like a penny or a rock from one of the stud voids. If the item falls all the way to the bottom of the structure then it most probably is balloon framing, if it falls into a floor divisor then it is most probably a platform frame structure.

What should I do if I have a balloon framing structure?

If your property was built using balloon framing, then it is highly recommended that you do some improvements to improve the safety of your well-being, your family, pets, visitors and of your structure. There are two main types of improvements that you are to be concerned about, Fire Proofing and Termite / Rot Damage.

How can we help you?

If your property was built with balloon framing and you are in thinking of repairing it or renovating is, give us a call at (619) 882 – 9309 or send us a message and our professional team will assist you.  We have the necessary experience to work on your type of structure and will deliver in a prompt and professional matter.